10 Things You Need to Know About Chinese New Year

by Gina Voo December 25, 2017
Chinese New Year (CNY) is China's most important traditional festival, with many interesting customs. You must be very curious about why the Chinese do what they do... Actually, in the last 7 years I lived in United States, people asked me those similar questions. Hope this article today can give you a brief introduction about Chinese New Year. To be clear, the article below is not written by me, there are so many articles about Chinese New Year, I found this one actually answered lots questions that people asked me before. So please do let me know if you have any questions after you read this article. 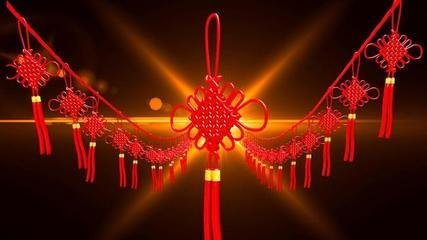 1. Why Don't the Chinese Just Celebrate New Year on January 1?
Chinese New Year is never on January 1. Chinese have a different traditional date for New Year.
Though China has a day off on January 1, and some fireworks are let off then, most attention is focused on the traditional date of New Year, according to China's lunar calendar. Chinese New Year falls in the period from January 21 to February 20.
The Chinese get no time off for Christmas (except those in HK, Macau, and Taiwan). Instead of earlier in winter, the Chinese have their much-needed winter break in mid to late winter.
The holiday time was chosen for farmers. It's a good time for them to get together, relax, and pray for the next year of farming, as it's the slack time before spring ploughing etc. begins.
2. Why Does the Date for Chinese New Year Change Every Year?
Firstly, China's lunar calendar is according to the moon. New Year always starts with a new moon for the Chinese. Secondly, it is according to the sun. Chinese New Year is always 1 to 2 months after China's shortest day of the year (the winter solstice, December 21 or 22).
(Like Easter's varying date, on the Sunday after the full moon after the March equinox, CNY is on the second new moon before the March equinox, or the second new moon after the December solstice.)
So the Chinese lunar date is always 21–51 days behind the corresponding Gregorian (international) calendar date… except when they add a month.
3. Why Do the Chinese Call Chinese New Year 'Spring Festival'?
Chinese New Year always falls within half a month of 'Start of Spring' (beginning February 4), the first of the 24 solar terms of China's traditional solar calendar. As 'Start of Spring' begins the 'farming calendar' it is logical that New Year should be celebrated then, with a "spring" festival.
'Start of Spring' is an oddly named solar term, because spring is still a month or more away in China's cold north, and wintry weather still lingers in temperate south China. However, Chinese still celebrate (the coming) spring with the Spring Festival.
To distinguish between "international" New Year (January 1) and Chinese New Year, instead of using 'New Year' (新年, usually meaning CNY in China), Chinese call January 1 'first dawn' (元旦) and Chinese New Year 'Spring Festival' (春节). 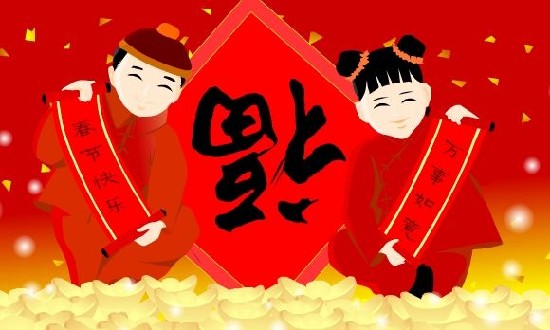 4. Why Is Each Chinese New Year Associated with a Different Animal?
The 12 Chinese zodiac animals and their years
Since ancient times, Chinese people have been using the Chinese Zodiacanimals to represent the years.
Each lunar year is related to a zodiac animal, beginning at Chinese New Year. The 12 zodiac animals recur on a 12-year cycle.
For example, 2018 is a year of the Dog, as was 2006...
5. Why Are There Not Enough Trains at Chinese New Year?
Chinese New Year is the most important time for family reunions. No matter how far Chinese are from their homes, they do whatever they can to get back for a family reunion dinner on New Year's Eve, which results in the world's biggest annual migration of people (over 200 million in China).
Even with the rail network at capacity, train tickets are the first to sell out.
6. Why Do the Chinese Eat Dumplings on New Year's Eve?
Dumplings are a traditional Chinese New Year food, especially in North China. As they are the shape of old silver and gold ingots (an old form of currency), Chinese believe that eating dumplings will bring prosperity in the coming year. 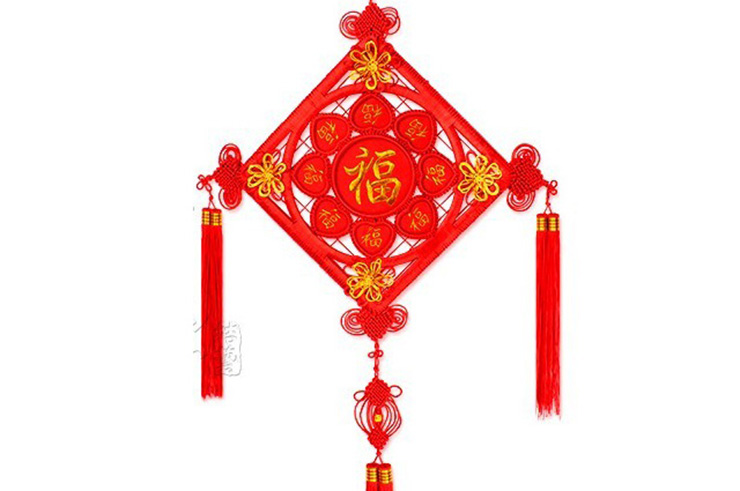 7. Why Do the Chinese Set Off So Many Firecrackers?
For the right vibe: Chinese New Year is a happy and lively festival, so for Chinese people lots of noise is a must to heighten the festival atmosphere, and firecrackers (and fireworks) are the cultural way to do it.
In ancient times, it was believed that the explosive sound of firecrackers scared away evil spirits, who might otherwise bring bad luck.
In modern China, people set off firecrackers and fireworks during festivals to express their happiness, and invite good luck (all firecrackers are the lucky color red).
8. Why Do the Chinese Hand Out Red Envelopes at Chinese New Year?
For luck: In Chinese culture, red is a lucky color, so giving money in a red envelope is a way of giving best wishes, as well as a financial present. It's like sending a greetings card with money inside in the West. Red envelope money is called "lucky money", though it's really the red envelope that's lucky.
Demon suppression: Traditionally red envelope money is called 'suppressing years money' (压岁钱 yāsuìqián /yaa-sway-chyen/). According to many New Year legends, evil spirits are scared of red, so red envelopes were originally used to suppress or ward off demons while giving money.
Chinese New Year, like Christmas in the West, is "the season of good will" in China, so most people receive a red envelope from someone, whether employer or family. There are lots of customs about who gives who how much in a red envelope.
9. Why Do Chinese Wear New Red or Colorful Clothes at CNY?
It is believed that wearing new clothes from head to toe symbolizes a new start and fresh hopes for the New Year. Chinese believe that New Year's Day sets the tone for the rest of the year, so everyone tries to dress well.
As mentioned repeatedly here, red is China's good luck color, believed to scare away spirits of bad fortune.
Chinese usually wear red or other brightly-colored clothes on New Year's Day, to go with the festive and upbeat mood. Black or white, symbolic of mourning and death would not be appropriate. 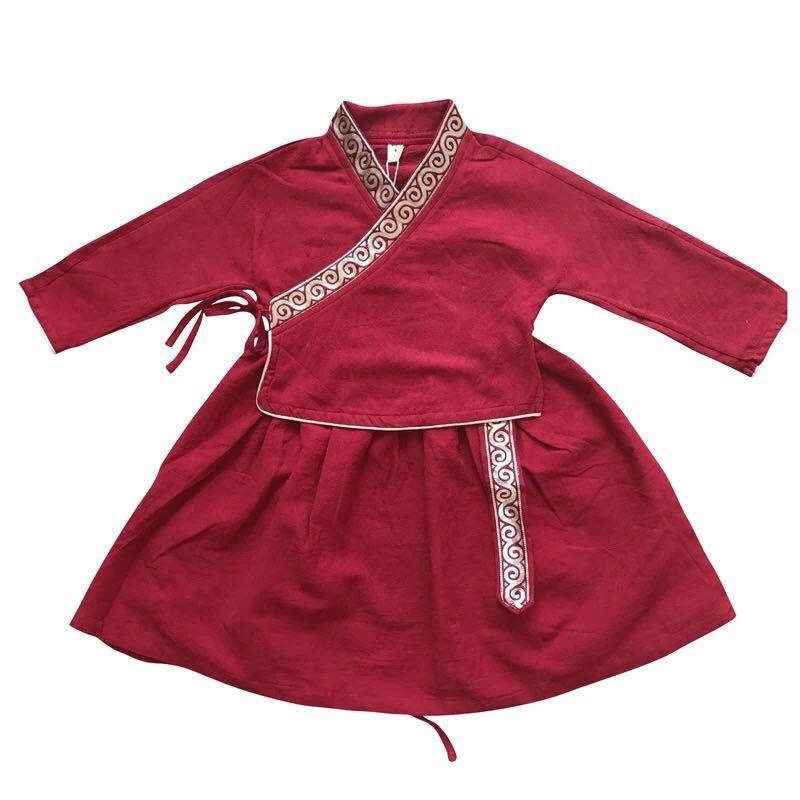 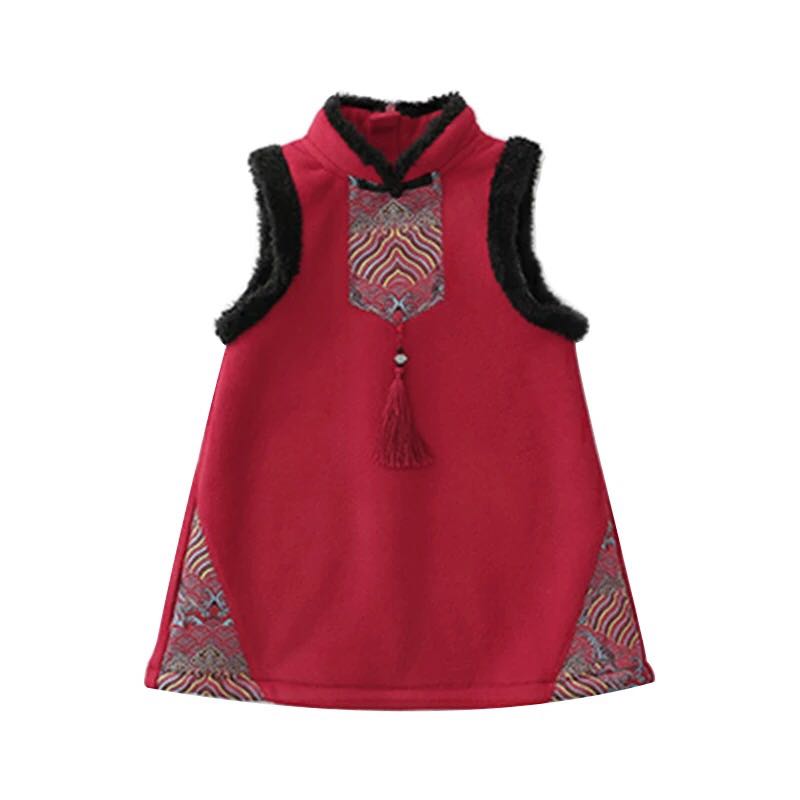 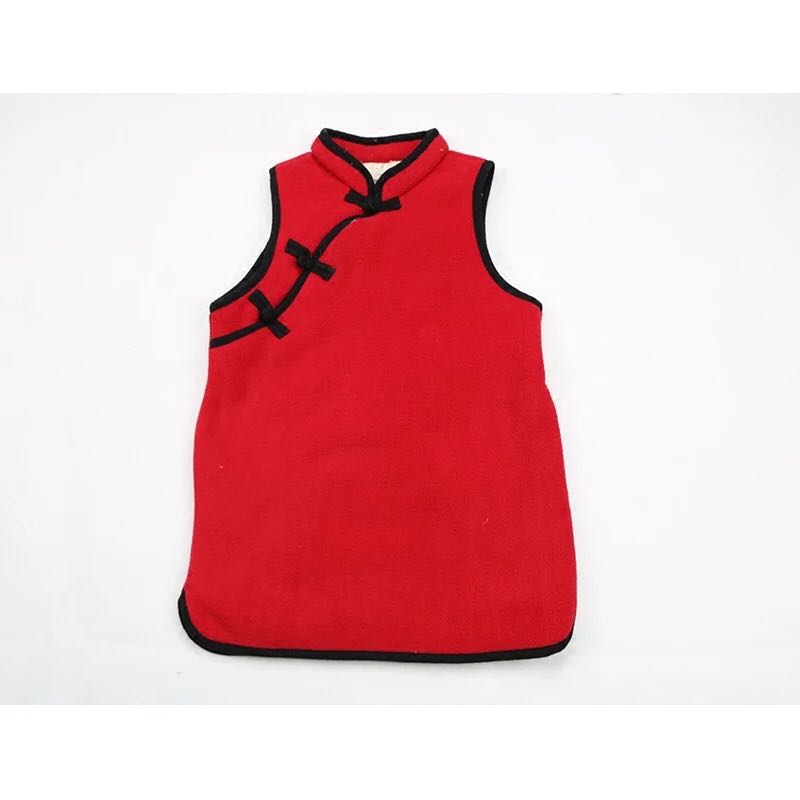 10. Why Do Chinese Do Dragon and Lion Dances at Chinese New Year?
lion dance
Dragon dances and lion dances are traditional performances for joyous festivals and big occasions to enhance festive atmosphere.
It is traditionally believed that performing dragon or lion dances (during the Spring Festival) is a way to pray for good luck and drive away evil spirits.
Now, I give you a big thump up if you finished the whole article. If you have further confusion or questions, please do comment below or email me. Have a great Chinese New Year if you know some Chinese around you!
Back to Beiby Bamboo Blog
Use left/right arrows to navigate the slideshow or swipe left/right if using a mobile device